Printmaking is a vast form of art that encompasses lithography such as collotype, offset lithography, cliché-verre, and chine collé; intaglio printing such as engraving, drypoint, etching, soft-ground etching, aquatint, carborundum, mezzotint, and photogravure; relief printing such as woodcut, wood engraving, linoleum cut, and monotype; and screenprinting. Each technique differs in plates, materials, and methods used which gives them their striking variation, but in the printing process of each one the artist has control over the edition size and signature.

[ Now you can keep up with printmaking techniques by following us on Instagram. ]

Signature in regards to prints can be either hand signed or plate signed. A hand signed print, such as a lithograph or linocut, is hand signed by the artist who created the work after it was printed. Many artists such as Pablo Picasso, Marc Chagall, Henri Matisse, and Jasper Johns hand signed their lithographs. This is in contrast to a plate signature which is most commonly seen in Old Master works by Rembrandt and Dürer. 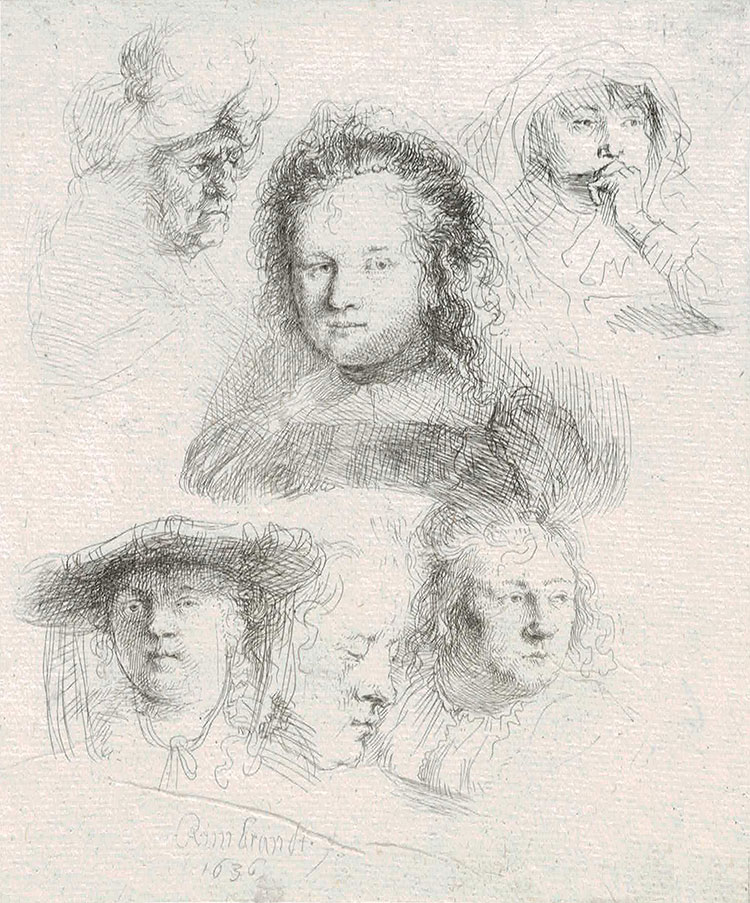 A plate signature is where the artist signed the printing plate itself, and then the signature was transferred onto the print through the printmaking process making it part of the work. Therefore it is not considered hand signed as it is printed on the work. As an example when Rembrandt etched, he covered a thin copper metal plate with an acid-resistant mixture known as the etching ground, which was of his own creation. Rather than follow a sketch, he would draw the design in a free, loose manner, adding his signature directly onto the plate with an etching needle. The etching needle would penetrate the etching ground, which softened the copper and left the incised lines exposed. Once satisfied with the plate, Rembrandt would then use a dilute solution of hydrochloric acid to soak the plate therefore removing the ground.

Once the etching ground was removed and the plate cleaned, Rembrandt would then ink the plate and lay a damp sheet of paper on it. Passing both through the rollers of the press, Rembrandt produced a reversed impression of the design on the plate with the final product being the finished etching with his now accompanying plate signature. Though the printmaking technique is slightly different for varying mediums, the plate signature for a work of art always has been, and is, completed during the incision/working of the plate portion of the printing process which is why it is called a plate signature.