Andy Warhol’s Banana has become an internationally recognized symbol of Warhol, the pioneer of American Pop Art. Originally produced for the cover of the debut album of The Velvet Underground & Nico, the pop art Banana image was reproduced to create multiple pieces of art, becoming one of the most celebrated icons in American art history.

The New York-based rock band, The Velvet Underground, founded by Lou Reed, sought out the reigning king of Pop Art, Andy Warhol, to manage their band’s first album featuring Nico. Reed, hungry for fame, knew this collaboration with Warhol would create a powerful dynamic, destined to generate publicity and fame.

Warhol’s innovative album cover featured the image of a banana covered by a banana-skin sticker that fans could pull back to reveal the flesh-colored fruit underneath. Written on the album cover above the banana was the invitation to “Peel Slowly and See.” This interactive and artistic sensation would forever be a trademark for the band as well as for Warhol.

As Warhol intended, the image of the banana, with its sexually charged innuendo, gained national attention for The Velvet Underground an enduring immortality of their collaboration with the prolific Warhol. Despite the fact that the album was not a commercial success, it has been called the “most prophetic rock album ever made” and was ranked the 13th greatest album of all time by Rolling Stone magazine.

Warhol’s renowned signature style, defined by his fascination with consumer culture, showcases mundane objects as primary subjects, such as the banana, to symbolize the rise in mass production and distribution during his time. The controversial album cover and its banana achieved widespread attention for the artist and his portrayals of consumerism.

Typical of the artist, Warhol reproduced imagery from existing commercial sources, such as the banana from the album cover, to create works in various mediums throughout his career. He made paintings, photographs and print editions, including silkscreens and screenprints, inspired by the Banana. Other images that became prime subject matter and iconic images of his work included the Cambell’s Soup Can, Marilyn Monroe, Coca-Cola bottle and Mickey Mouse.

Long after Warhol’s death in 1987, the Banana continued to generate controversy. In 2012, Lou Reed and former Velvet Underground band member John Cale sued The Warhol Foundation for the Visual Arts in New York to stop a reported plan to license the use of the Banana image on iPad accessories. The lawsuit alleged that the Banana was a symbol of the band and as such gave them a claim to it. The legal controversy also revealed that the Banana design was never registered with the Copyright Office. After the parties reached a private settlement, the federal judge dismissed the lawsuit.[6] One can confidently assume Warhol would be satisfied with this resolution, as the basis of his artwork was to call attention to mass production and encourage freedom of expression in a robust art market.

This controversial event further highlights the importance of the Banana and its existence as an artwork apart from The Velvet Underground’s cover album. The famous Banana, even without its suggestive peel-off skin, will forever be one of the most valuable icons created by Andy Warhol. 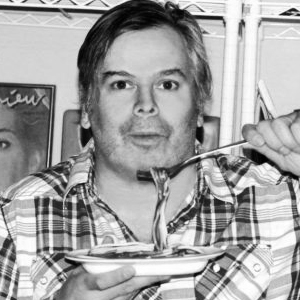