Matisse and Picasso: A Respectful Rivalry 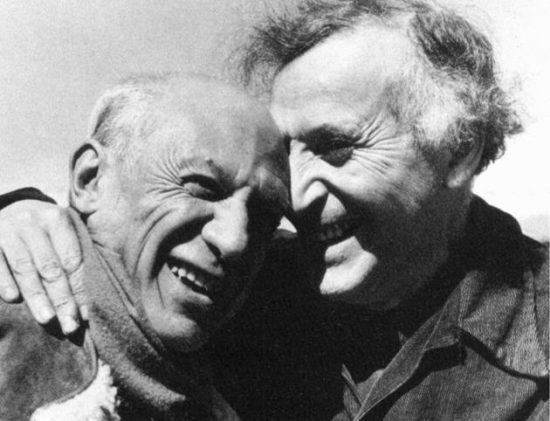 Competition. Rivalry. Respect. Admiration. Bandit. All of these words were once used by both Henri Matisse and Pablo Picasso in recognition of one and other. In Matisse and Picasso: The Story of their Rivalry and Friendship by Jack Flam, their tumultuous relationship is examined and brilliantly told.

Picasso was the first modern celebrity artist, unapologetic for his crass behavior, while Matisse lived in contrast, a reserved man shielding his life from the public view. They mocked each other in their respective works, yet revered each other for their talents.

Matisse ''left me his odalisques,'' Picasso famously declared after Matisse died, and then, in ''Women of Algiers,'' Picasso returned these odalisques to their original source, Delacroix. He was expressing what Françoise Gilot, the painter and Picasso's lover, called a kinship based on the common ''understanding of the same artists and the same principles.''

Both of the artists had a restless, self-confident, combative intelligence. As can be seen in the cross comparison of their careers and from the respect and admiration adorned from their art, they were strong contemporaries whose fame seemed to rise and fall in contrast to one and other. By the end, Picasso was strapping canvases onto the roof of his car and driving them over to show an elderly Matisse.

''Everything considered, there is only Matisse,'' Picasso said.

''Only one person has the right to criticize me,'' Matisse responded.

Picasso once said that in order to grasp 20th-century art, you ought to see ''side by side everything Matisse and I were doing.'' This rivalry and friendship seemed to bring out the best in both artists. Thus, us lovers of the art world, are fortunate that they co-existed because without the personality or presence of one or the other, who knows what sort of influences would have driven them, and what masterpieces we would have lost out on.