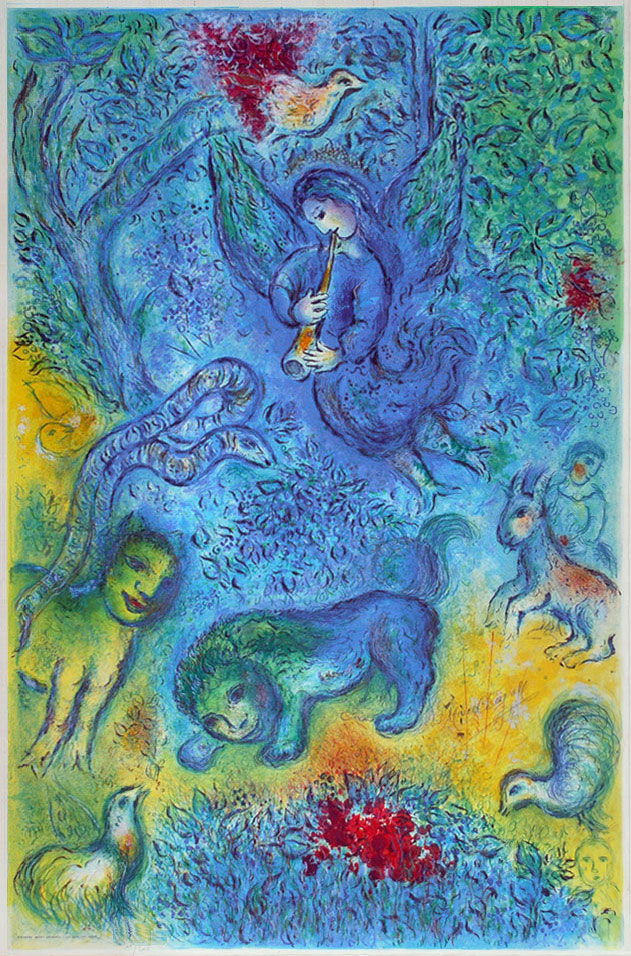 Overview: By studying the art and style of Marc Chagall, students will create a fanciful piece of art representing themselves and their surroundings and illustrating Chagall’s quote “Great art picks up where nature ends.”

Standard 1: Students perceive and respond to works of art, objects in nature, events, and the environment.  They also use the vocabulary of the visual arts to express their observations.

Standard 2: Students apply artistic processes and skills, using a variety of media to communicate meaning and intent in original works of art.

Standard 3: Students analyze the role and development of the visual arts in past and present cultures throughout the world, noting human diversity as it relates to the visual arts and artists.

Students will be able to: