The Context of Magritte 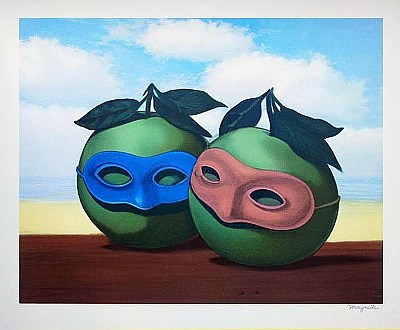 The Context of Magritte

As one of the most popular artists of the 20th century, Rene Magritte has been influential to many artists that range from John Baldessari, Ed Ruscha, Andy Warhol, Jasper Johns, Vija Celmins, Marcel Broodthaers, Jan Verdoodt, Martin Kippenberger and Storm Thorgerson. Some of these artists' works integrate direct references to Magritte’s works, while others offer contemporary viewpoints on his abstract fixations. This is all due to his artistic brilliance with the use of context that is labeled under the title of surrealism.

Surrealism uses visual imagery from the subconscious mind to create art without the intention of logical comprehensibility. Many Surrealist artists and writers regard their work as an expression of the philosophical movement first and foremost, with the works being an artifact. During Magritte’s life however he had a rather turbulent relationship with the movement. While in Paris in the 1920’s, Magritte became acquainted with much of the Surrealist theory and their romanticized notions of scandal, crime and disguise. However, Magritte was disgusted by the superficial methods of the Parisian and Belgian Surrealists and strove to remove himself from the association, but the movement continued to impact his work.

Magritte would remove an object from its usual context so that its purpose could change. With paintings like La Durée Poignardée, 1939, Magritte wanted viewers to put aside utility and common sense while interpreting the objects found in the work. In his artwork, Magritte toyed with everyday objects, human habits and emotions, placing them in foreign contexts and questioning their familiar meanings. He suggested new interpretations of old things in his deceivingly simple paintings, making the commonplace profound and the rational irrational. He painted his canvasses in the same manner as he lived his life, in strange modesty and under constant analysis.

Magritte’s intended goal for his work was to challenge observers' preconditioned perceptions of reality and force viewers to become hypersensitive to their surroundings. As one of the more popular artists we sell, Magritte is timeless in his juxtapositions that reflect everyday life and beliefs, a great addition to any collection.