Eye on the market

B-levels are the new A-levels, if not in the realm of United Kingdom academic tests, than at least in the art world. That’s to say, gone are the days when February auctions of Impressionist, modern and contemporary art evoke nothing more than a wrinkled nose of interest. As Jessica Mizrachi writes for artnet, last week’s London sales for Christie’s and Sotheby’s were evenly matched. Both houses brought their A game with these Impressionist and modern sales. Including three lots leftover from the estate of Elizabeth Taylor, which contributed $21.8 million to the sale’s total, the February 7th evening sale at Christie’s closed with $213,299,052; 86 percent of lots sold. Coming in not far behind the next day, Sotheby’s totaled $125,504,018, with 77 percent of lots bought up.

Artists inspiring the highest bidding at Christie’s included Edgar Degas, Vincent van Gogh and Robert Delaunay. Not to be forgotten is Henry Moore, whose monumental bronze Reclining Figure: Festival caused many jaws to drop when the hammer dropped only at $30.3 million. The “Art of the Surreal” sale, set apart from the house’s regular auction, saw $59  million in sales – a record for a Surrealist auction buoyed by pieces by René Magritte and Max Ernst. Joan Miró starred in the event, and his Painting-Poem closed at $26.8  million, nearly double the $14 million presale estimate. Word on the street is that 2012 may very well belong to the beloved Spanish artist.

The signature that wasn’t. Or, that may or may not be while having – possibly – once been

The dreadlock-bedecked darling of the 1980’s art world, Jean-Michel Basquiat, was not the type to sign his works. While preparing the painting “Orange Sports Figure” for sale, writes Jill Lawless, the head of contemporary art at Sotheby’s Europe discovered a signature beneath layers of paint. The signature, written in invisible ink, was actually doubly hidden; it showed up while the work was being examined under ultraviolet light. “Nobody else probably ever knew about this invisible inscription,” said Cheyenne Westphal of Sotheby’s, “and the prospect that he might have left other invisible writings on his canvasses that are only visible under ultraviolet light is very exciting.” Although the artist regularly used text and doodling in his work, in addition to signing a few pieces with a crown or his graffiti persona SAMO, only a few works bear his full signature.

Developing an energetic and personal lexicon, Basquiat died suddenly from an overdose in 1988. Aged 27, he left behind a body of work influenced by Abstract Expressionism and street artists, painted on such surfaces as found windows and football helmets. His popularity only continues to rise and on Wednesday “Orange Sports Figure” sold for over £4 million, a new record. 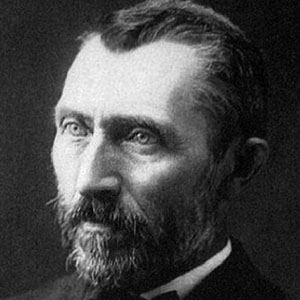