As we previously wrote this past August in Banksy's Graffiti Art Gets Graffiti Tagged, a Banksy mural was vandalized that depicted several spies eves-dropping on a phone booth in the English town of Cheltenham. Today the building on which he painted his Spy Booth mural was granted protection by the local government. The Cheltenham Borough Council gave the artwork retrospective protection by including the mural in the building's existing Grade II-listed status. In Britain, a Grade II listing distinguishes a building with historical significance, so the mural cannot be removed or altered without permission.

The artwork only appeared a year ago in April 2014 and since then has been subjugated to several acts of vandalism, removal attempts, and an ownership dispute. Again leaving the debate open as to what distinguishes graffiti from art. Is it just a matter of the name attached to it or the statement it makes? Should we be saving the works or are they meant to be temporary, only existing in the space for a short amount of time? Well perhaps the laugh is on the rest of the world as Banksy responded on his website to how he felt about his artwork being granted historical status: “It's surprising because when I did art at school I got an ‘ungraded,'" he said, revealing that he failed his art classes when he was younger. However many great artists did such as Matisse, Monet and van Gogh and they are readily admired today. Although none of them created art in such an illegal manner as to destroy private and government property (or improve it's value depending on how you look at it.) 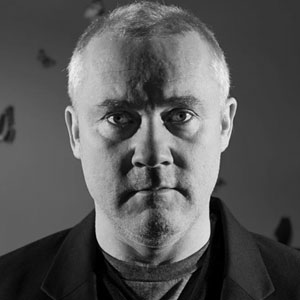